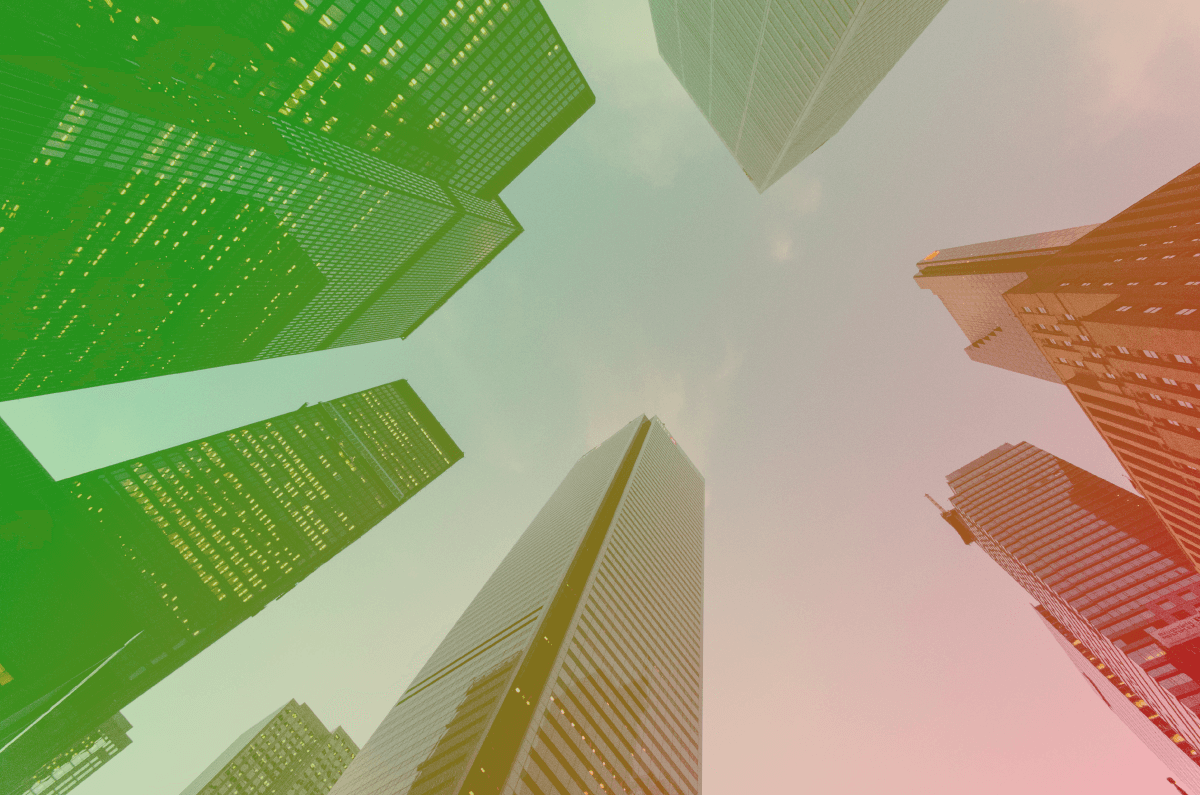 What is Net Zero?

Net zero is a trending sustainability buzzword. Like many buzzwords, its meaning can sometimes be unclear as different companies define it to their advantage. Simply put, net zero emissions means that a company is no longer emitting or contributing to the emission of carbon. Carbon neutral, often a step en-route to net zero, means a company is balancing out its carbon footprint with an equivalent amount of carbon removal or mitigation through carbon credits. Scope 1 and 2 emissions refer to company operations and energy consumed by that company, whereas Scope 3 includes the entire value chain and emissions from investments.

The banking sector in particular has been focused on reducing Scope 3 emissions from investments, with most big banks committing to be net zero in this aspect by 2050. Because of the nuance in definition when it comes to company statements about net zero, it is important to pay attention to what Scope is being discussed. In this ESG spotlight we dive in, using Safeguard to analyze the environmental statements and actions that banks have made following their initial commitments for 2050.

Commitments toward achieving net zero are a powerful starting point for companies that show they are actively thinking about climate change and how it impacts their business. However a commitment is just a statement, and statements without action are meaningless. When a company makes commitments about carbon emissions there are a few things to be on the lookout for when the initiative is declared and in the ensuing timeline.

These are the questions that anyone should be asking when a company makes a commitment that is decades in the making. If all companies meet their commitments we’ll arrive in a brand new world come 2050. In reality these goals require ample planning and meaningful action to yield the desired results.

Greenwashing in the Banking Sector

Within the past year we have seen the major American banks and two British banks make the same commitment to be net zero in financed emissions by 2050. While most of these banks are already carbon neutral or approaching carbon neutrality in their operations, many of them invest heavily in fossil fuels that are considered Scope 3 emissions. In fact, since the 2015 Paris Agreement, the world's largest banks have invested $3.8 trillion in fossil fuels. While some fossil fuel majors are transitioning to cleaner forms of energy it is hard to say what companies these banks are actually invested in because of a lack of transparency in their holdings. Four of the banks made climate pledges in 2020 so we will examine them first with findings from the Amenity Safeguard platform.

Leading off the group of banks is Barclays (BARC). In March 2020 the British bank committed to become net zero by 2050 and initially seemed to make progress on their goal by issuing a green bond in October of that year for renewable energy financing and environmentally innovative technologies. Then in April of this year, pension investors expressed concern over Barclays exposure to fossil fuels, in particular coal. This concern was echoed by public protests in May over the bank's fossil fuel investments. Barclays was the first in the sector to make a net zero commitment. However, in the ensuing time the October green bond has been the only action taken by the bank towards achieving that goal. Our Amenity Greenwashing feature has ranked the bank with a sentiment differential of -109, putting it well below the industry average of -87.9 and in the “Severe” risk category.

In Q4 2020, three more banks entered the net zero race. On September 21st, Morgan Stanley (MS) made the same commitment as Barclays followed a month later by J.P. Morgan Chase (JPM) and HSBC (HSBA). Morgan Stanley recently announced in April they would make a $750 billion commitment to support sustainability solutions by 2030. The details surrounding that commitment remain unknown. These factors have contributed to Morgan Stanley’s Greenwashing Differential score of -55.2, above the industry average but still in the “High” risk category.

For J.P. Morgan Chase there is a bit more to unpack. Similar to Morgan Stanley, it has a Greenwashing Differential of -56.5, ranking better than the industry average but still “High” risk. In April, the bank pledged $2.5 Trillion through 2030 to finance sustainable initiatives and in May released goals for 2030. The goals include a 35% reduction in carbon intensity for oil and gas and 15% reduction in end use carbon intensity. Carbon intensity, which is not the same as carbon emissions, refers to the rate at which emissions are produced, rather than the totality of those emissions. Reductions in carbon intensity is more of a push for better efficiency in fossil fuel use rather than an outright reduction in emissions and could set a dangerous precedent for the 2030 milestones of other banks who have made similar commitments, albeit for 2050.

Closing out the commitments in Q4 is HSBC. The second of the British banks to follow suit with the 2050 commitments has been making reluctant progress largely due to the efforts of activist shareholders. In January, institutional investors pressured HSBC to divest itself from coal. This pressure culminated in a shareholder vote in May to divest from coal by 2040, and align the banks lending with the key provisions of the Paris Agreement. HSBC scores below average on the Amenity Greenwashing platform with a differential of -95.5, partially due to their reluctance to divest from coal.

Bringing up the rearguard, Bank of America (BAC) in February, Citigroup (C) in March, and Wells Fargo (WFC) in March, all made bold commitments to be net zero from investments by 2050. It is important to note that these commitments are very recent and there has not been much time to assess how well these banks are following through. Still, there is some activity that our platform has picked up to measure and compare.

Bank of America recently promised a full disclosure of all their financed emissions by 2023. Additionally, on April 13th 2021, the bank announced an investment of $1 Trillion by 2030 towards environmental initiatives. As of now, it is not clear how this money will be allocated. Given these announcements, our Greenwashing feature gives Bank of America a Greenwashing Differential of -51.8, above average for the sector.

Citigroup announced at the beginning of March that they will be net zero in financed emissions by 2050. Since then, they announced on their April earnings call that they will be expanding environmental spending from $250 to $500 billion by 2030. With a Greenwashing Differential of -74.5 Citigroup also ranks above the industry average of -87.9 but remains in the “High” risk category.

The last bank to make commitments in net zero emissions, Wells Fargo, has arguably made some of the most specific contributions observed on the Amenity Safeguard platform. Since their March commitment the bank has made two specific climate related actions. In April Wells Fargo played a significant role in expanding solar power in North Carolina along with Duke Energy, which we discussed in our previous post. On May 19th, they issued a $1 Billion Inclusive Communities and Climate Bond. Wells Fargo has a Greenwashing Differential of -85.7, putting it right around the industry average. As a counterpoint to their positive actions, there have been recent protests against the bank for their funding of fossil fuels. Although Wells Fargo was late to the party, they seem to be doing the most to make up for it with spending tied to specific actions.

Every bank we have listed here has made a pledge to be net zero in their carbon emissions from financing by 2050. Most banks have made grand pledges towards achieving net zero in the long term, most of them remain vague, and none have laid out clear steps to divest from fossil fuels. The vast amounts of capital pledged towards Green initiatives remain a broad but undefined gesture to spend a certain amount by 2030, but very few have tied this money to a specific strategy or spending items.

On average, the banking industry scores about 15 points lower than the overall market average on the Amenity Greenwashing platform. This tells us that as an industry, they are worse at cleaning up their own ESG narrative with even less follow through than other sectors. Banks need to start taking their fund allocations more seriously, examining how they communicate this with the public, and solidifying strategies to help their clients in the fossil fuel industry transition towards renewable energy. While absolute divestment from fossil fuels is largely impractical in the short-term, shareholders are starting to demand transparency on plans banks are making in the long-term. The banking industry tends to move as a herd, and it will be interesting to see if anyone stands out in setting an example for a real road map towards a net zero 2050.

View our Most Recent Webinar: How to Win at ESG Investing by Ditching Generic ESG Data