Mining plays a key role in the production of electric vehicles, solar panels, and wind turbines, and yet is also one of the most environmentally destructive sectors. Governments are increasingly taking action amidst the wake of environmental mishaps, and this is an area of concern for mining going forward and the driving factor in surfacing the Metals and Mining sector on our ESG Safeguard platform.

ESG Spotlight: Governments Clamp Down on Metals and Mining Sector 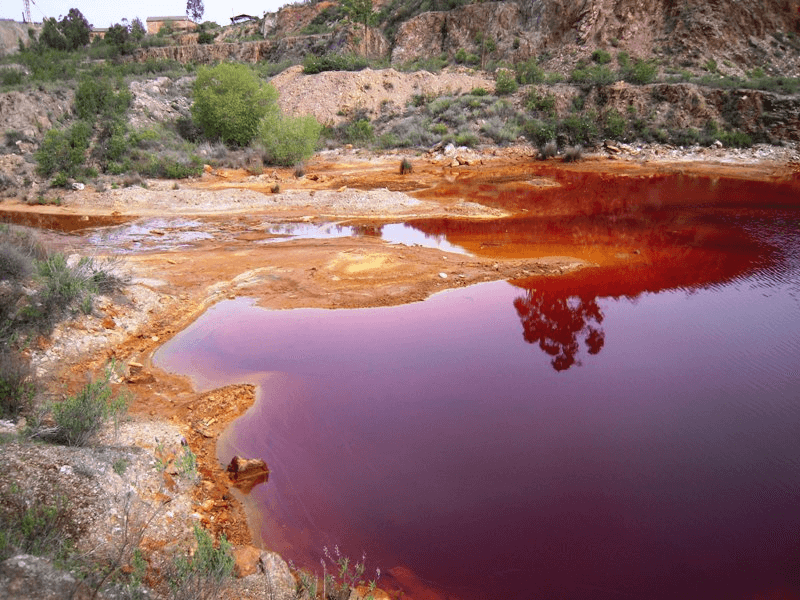 The arrival of low carbon technologies has sparked a change in the world as we know it today. This week the Metals and Mining sector surfaced on our ESG Safeguard platform, so we explored several companies for the news and events driving the attention.

Mining plays a key role in the production of electric vehicles, solar panels, and wind turbines, and yet is also one of the most environmentally destructive sectors. Governments are increasingly taking action amidst the wake of environmental mishaps, and this is an area of concern for the mining industry going forward. The headlines for this week describe the chain of events leading up to the seizure of the Kumtor Gold mine from Centerra Gold (CGAU) by the government of Kyrgyzstan. Before we delve much further into this story however, there is other news in the Metals and Mining sector worth exploring.

In late March, Canadian mining company Teck Resources (TECK), was fined $60m for contaminating rivers in Elk Valley, British Columbia. The penalty was the largest ever imposed under the Federal Fisheries Act by the government of Canada. The violations by the company date back to 2012 and revolve around calcite and selenium runoff that negatively impacted local fish species. The magnitude of the fine levied by the Canadian government could mark a new chapter in government regulation, and illustrates the risks of such violations going forward.

On a positive note, Vale SA (VALE) is helping to drive carbon transition in the sector. The Brazilian mining company will undergo a consolidation process of their coal assets in Mozambique in an attempt to divest its coal assets through sales to a third party buyer. Vale has committed to becoming carbon neutral by 2050. While it is a worthy effort in divestment from coal, the plan to sell the coal mines instead of closing them outright only transfers the environmental risk to a third party rather than eliminating it entirely.

A more concrete effort by Vale has been made in the form of a partnership with Rio Tinto (RIO) and BHP (BHP). The three mining companies are sponsoring a pitch competition of sorts to find low-carbon solutions for the industry. Specifically, the competition is searching for solutions that will transition their existing diesel hauling fleets into electric vehicles. This collaboration could go towards lowering the environmental impact of the entire industry if it yields productive results.

Kyrgyzstan, Centerra Gold, and the Kumtor Mine

The main story for this sector in recent weeks is Centerra Gold (CGAU) and their subsidiary, Kumtor Gold Company in Kyrgyzstan. The story ends with the Republic of Kyrgyzstan taking control of the mine following a $3b fine for illegal disposal of waste rock on glaciers. However, it is important to look at the context and reasons why this all happened.

The Kumtor Gold Mine has been operational since 1997 and employs nearly 4,000 people in Kyrgyzstan. From the beginning there have been a steady stream of mine-related incidents in the area. Starting with chemical spills into the local waterways in 1998 , to mine collapses in 2002 and 2006, and more recently, fatalities at the mine site. The Kumtor Mine has long been a point of tension between Centerra and the local government of Kyrgyzstan.

One of the focal points for these tensions is the location of the mine itself. The Kumtor mine is located between two glaciers at very high elevation and near a glacial lake formed from one of the retreating glaciers. The area itself is unstable and according to the maps on the company website, one of the glaciers has moved nearly 2 kilometers since 1957. Another matter is the displacement of rock from the mining process itself. It is unclear where the waste rocks from the mine were actually being placed after their removal from the mine site; the company website describes them as “designated locations.”

This brings us to this month when the government of Kyrgyzstan fined the Centerra subsidiary $3b on May 7th for dumping the rocks on the glaciers themselves. This process has the negative effect of melting the glaciers faster and creating water runoff that increases the risk of chemical contamination downstream. Centerra has denied these claims but their track record in the area paints a murky picture.

On Monday the 17th, the government of Kyrgyzstan took control of the mine and appointed their own manager who was previously a foreman at the mine. The government cited “abdication” as the reason for the takeover and pointed to confusion over Centerra’s alleged abandonment of the mine. The alleged actions by Centerra included the stoppage of material deliveries to the mine and the disabling of sensors that measure seismic activity, an important feature when doing business on a glacier. On Tuesday, the CEO of Centerra confirmed that the company was no longer in control of the mine. In the past month Centerra stock has dropped 19.6%, experiencing its biggest drop on May 7th when the fine was first announced.

It is unclear what the future holds for Centerra, the government of Kyrgyzstan, and the Kumtor Gold mine. Governments are stepping up when it comes to climate change and environmental impact, whether through legislative action or simply by fiat. Just last month the government of Sri Lanka committed to uprooting palm oil plantations and replacing them with other agricultural products, citing environmental reasons. More similar to Centerra’s situation is the Porgera mine in Papua New Guinea that was owned by Barrick Gold (GOLD). The government of Papua New Guinea declined to renew the lease in 2020 and it was closed for over a year. In April Barrick reached a new agreement that gives majority control of the mine to stakeholders in Papua New Guinea.

It's Time to Think Green

There’s no question that the mining industry is necessary for the advancement of a low carbon economy. Despite the key role they play, mining companies need to be smarter about how they treat the environments they operate in and the way they communicate with local and foreign governments about their operations. The financial blowback experienced by Centerra may not be a unique situation going forward as governments step up their initiatives to protect our planet.