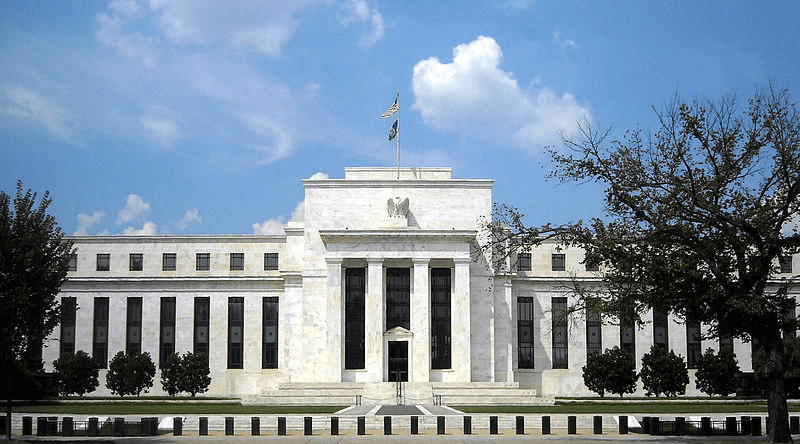 Summary – We analyze regional bank earnings calls to estimate economic uncertainty in advance of the Federal Reserve’s rate decision. We uncover elevated deception levels focused on margin topics related to interest rates and net interest income, revealing evasive and euphemistic language patterns. These findings put objective measures on expected uncertainty in a fluctuating rate environment and will serve as a benchmark for assessing banks that report after the FOMC decision is published.

Markets are lasered in on the Federal Reserve this week as the Federal Open Markets Committee is scheduled to meet for two days before delivering an interest rate decision at 2:00 PM on Wednesday. Markets have priced in a 25 basis point rate cut, which would be the first in the decade since 2008.

Despite strong employment figures and stable inflation, the Fed is expected to lower rates to bolster the economy against the backdrop of ongoing tariff and trade disputes. Not since the Smoot-Hawley days of yore (yore being the 1930s) has the United States instigated such a tumultuous global trade environment.

With one eye on the Fed’s imminent rate decision and the other on the real economy impacts of the trade war, we look to regional banks as a proxy for economic uncertainty. We use the Amenity NLP platform to explore patterns in text data contained in the transcripts of regional bank earnings calls to investigate their disposition towards current economic conditions. We explain the whys and hows below.

Regional Banks as Proxies for the Real Economy

As alluded to at the outset, the Federal Reserve sees the “tone and mood” of banks as an inherently subjective measurement. While traditional financial health metrics tend to be cut and dry (debit are debits, credits are credits), sentiment and culture are subject to interpretive differences and have historically been hard to define let alone measure objectively.

We use Amenity’s NLP tools to bridge that gap – namely, by analyzing all of the 2Q19 earnings calls for US regional banks that have reported quarterly performance to date. We map the topics, sentiment, and deceptive tendencies to trace what matters to which regional banks as we enter a pivotal week for the US economy. Careful attention is paid to deceptive language that may indicate weak relative confidence and uncertainty levels in light of the evolving macroeconomic and rate environment.

Regional banks are of interest because they connect directly with the real economy. Historically, their performance has been a reasonable proxy for economic health. Regional banks tend to be the frontlines of credit provision to households and industry, particularly small businesses, with downturns landing at their doorsteps early and often.

Whereas community banks are hyperlocal and national players are highly diversified, regional banks offer an appealing mix of product, local exposure, and regional reach that in combination act as a barometer to gauge shifts in economic conditions. Diversification and expansion have been critical to their survival over time, but regional banks’ continued specificity of focus makes them superb targets for analysis.

Regional banks benefit from higher interest rate environments as they tend to earn a substantial amount of their revenues from interest income. Generally, their margins expand as rates increase and contract as rates decrease. If lower rates lead to lower profits, then regional banks might be left exposed during an accommodative episode in monetary policy.

The laws of supply and demand might suggest lower borrowing costs will result in higher demand volume, but the promise of lost profitability being made up for with increased volume is counterbalanced by two concerns. First, the economy is long in the tooth of the longest expansion since the Great Depression and operating at near full employment with stable inflation. Second, tariffs and trade wars may be dampening consumer and corporate sentiment and negatively affecting borrowing appetite. The one-two punch of rate cuts and lower volume could weigh heavily on the top and bottom lines of regional banks.

In the run up to the Fed’s rate decision, we examine earnings calls from regional banks that have already reported their 2Q19 results. We analyze these earnings calls because they took place prior to the FOMC meeting. In doing so, we hope to identify the underlying fundamental drivers and measurable uncertainty going into a likely rate shift. (We return to the notion of comparing these measurements to earnings calls after the rate decision is published towards the end of this piece...)

Deception as a Proxy for Uncertainty

We applied Amenity’s Deception Model to uncover euphemisms, evasiveness, detours, false denials, negative cliches, hostility, refusals, selective memory, and stall tactics in regional bank earnings calls. Our deception taxonomy identifies extractions that indicate a lack of clarity, directness, or forthrightness. In the case of regional banks and a looming rate decision, we examine whether occurrences of deception are suggestive of corporate or economic uncertainty.

Of the regional banks that have reported 2Q19 earnings with measurable deception, we highlight the ten most deceptive below ranked by deception score change. (We calculate score change as the difference between their current score and a trailing 35-month average.) Our findings are summarized in Table 1 below. For your benefit, we conditionally highlight cells on a zero (white) to maximum value (red) basis.

Deceptive language within regional bank earnings calls invites scrutiny given the likely changes in the rate environment. We observe particularly dramatic deviations against long term averages for a number of banks (see Table 1), but more interesting is the breakdown in what topics drive what types of deception.

Tables 2 and 3 below present the top deception trigger and deception types, respectively:

At the highest level, we observe concentrated focus on margins alongside concentrations of evasive and euphemistic deception types. However, we simultaneously recognize that these rankings are difficult to disaggregate with meaning and that the story is much more nuanced.

We present two visualization below that more clearly portray deception triggers and deception types by populating regional banks in the same two dimensional space. In doing so, we demonstrate that each bank has a unique footprint in terms of which topics trigger which deception types.

Figure 1 presents banks and the top deception triggers. Figure 2 presents banks and the top deception types. In the former, we observe that margin topics drive deceptive language across most of the sample set with some unique trends on other topics (e.g. PNC’s trigger on “expenses”). In the latter, we see an exceptional concentration in evasion and euphemisms as opposed to other types of deception.

Interrogation of the text within earnings call transcripts to validate the findings presented above proves a fruitful enterprise. We present illustrative examples of margin related commentary (below) in order to highlight how directly Amenity’s aggregations capture topical patterns. Per extraction, we identify the deception type and the relevant topic before including the sentence as context.

NEGATIVE CLICHE regarding MARGIN and PRODUCT:

EVASIVE regarding MARGIN and NII:

EVASIVE regarding MARGIN and FEDERAL RESERVE:

We recognize topical patterns are driven partly by what questions are asked by analysts and partly by what answers are provided by management. In response, we go further in untangling patterns of deception in earnings calls by analyzing topics presented in the questions versus answers.

We present Wintrust Financial’s earnings call below in Figure 3 as one example of this dynamic process of topic introduction in order to map the topics on which analysts and management focus. This allows us to distill the convergences and cleavages between analysts and management on particular topic fronts, which may help to identify stress points where analysts and executives talk past one another.

What we discern from Figure 3 (above) is that analysts raise questions that are focused on cost, the Fed, and various interrelated concerns about margins, Net Interest Income, and Net Interest Margins. The answers to those questions employ a topical focus on disruption, interest, and income. This illustration identifies that questions and answers may be couched in different terms, though in this case germanity does not seem to be brought into question on face value.

In the hopes of discerning the forward looking expectations of regional banks, we applied Amenity’s Fundamental Model to the same sample of deceptive regional banks in order to identify guidance events within the 2Q19 call transcripts.

Figure 4 below presents guidance event counts by polarity (positive in green, negative in red) and a net polarity score (net count between positive and negative events in blue). The regional banks are listed in order from highest deception score change from left to right along the x-axis.

What we observe is mixed positivity and negativity in guidance events across most of the regional banks in our sample. Wintrust Financial stands out as an outlier by posting the only negative balance of positive versus negative guidance event counts. Cullen/Frost’s call offers another outlier result in being the most deceptive by score change while offering the least amount of guidance events. All other banks apart from Franklin Financial present more mixed guidance sentiment.

We observe a substantial amount of deception among these banks, and yet none seem to spend much “deceptive effort” offering overly positive or negative guidance. Instead, we believe our findings suggest that regional banks are, more or less, casting about in irons as they await a decision from the Federal Reserve that will have material consequences on their business operations. #waitandsee

Following the FOMC decision on interest rates this Wednesday, we expect to see shifts in the topics, sentiment, and deception in remaining bank earnings calls in the 2Q19 reporting calendar. Banks in this sample and those still to post earnings will have an abundance of new information to digest based on the Federal Reserve’s decision on rates. We would expect to see lower levels of deception related to margins in a neutral or higher rate environment while would expect to see higher levels of deception given the influence of lower rate environments on the profitability of regional banks.

We intend to follow up on this study after the FOMC decision is published to determine if and how banks change their story after the influx of new information. We look forward to getting back to you!

Interested running these types of analyses with our platform?

With the first wave of earnings calls behind us, we analyzed who is discussing meaningful action when it comes to ESG issues. The most prevalent ESG topics were themes around carbon transition and supply chain, but we also started seeing mentions around biodiversity and cybersecurity which we may see more of in the coming weeks. We uncover key management commentary for these and other important topics.

Earnings season is underway, so our efforts this week highlight three ESG developments that are standing out among management commentary when analyzed within our contextual NLP tools: Supply Chain, CleanTech and Human Capital.