Activision Blizzard continues to falter in the wake of sexual harassment and workplace violations. Now, investors are left to determine the next company to have ESG risk undermine solid fundamentals. Our analysis this week reviews some of the highlights that have surfaced in the past few weeks contributing to Activision's decline. 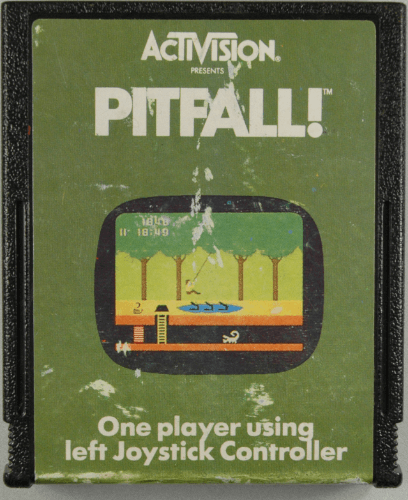 We last wrote about Activision-Blizzard (ATVI) in July when a lawsuit was filed by California’s Department of Fair Employment and Housing alleging toxic workplace conditions. Now we are seeing stories emerge on our ESG Safeguard platform about the ensuing fallout in the wake of these revelations and have seen calls for the CEO to resign. Problems began to surface again in September when the CWA filed a lawsuit with the National Labor Relations Board against the company on behalf of Blizzard employees alleging unfair labor practices. Then in early November the resignation of new Blizzard Co-Lead Jen Oneal grabbed headlines. She stepped down from her Co-Lead role at Blizzard over equal pay, and says she was only offered equal pay to her male Co-Lead after resigning. This seemed to be a catalyst for outcry in the ensuing weeks both within and without the company.

Elsewhere in the Industry

Unfortunately this problem is not unique to Activision-Blizzard and others in the industry are experiencing similar issues. Earlier this month employees at Ubisoft (UBI:FR) criticized the company for not doing enough to address diversity, equity, and inclusion issues that have plagued the company in recent years. The company has given raises to top developers citing competition, but others point to those raises exacerbating inequality in an already lopsided industry when it comes to compensation. These issues are not just present for Activision-Blizzard, but the company has had the most negative attention in the industry for these issues recently.

Vote of No Confidence

It would be misleading to say Activision-Blizzard is doing nothing. In late October, CEO Bobby Kotick’s pay was cut drastically until newly-implemented diversity, equity, and inclusion targets were reached. It does seem like the measures are coming too late though, as even employees have expressed concerns about CEO Bobby Kotick remaining as head of the company. Last week employees staged a walkout to express their vote of no confidence in company leadership.

In addition to employee pressure, the company has also faced backlash from the heads of major video game platforms. Playstation head Jim Ryan and Xbox head Phil Spencer put pressure on ATVI CEO Bobby Kotick saying that the measures by the company were insufficient and inadequate, indicating they may cut ties with the developer. This would be a major blow to the publisher, as the company’s flagship product Call of Duty is carried by both gaming platforms, in addition to other projects in development. CEO Bobby Kotick said he would resign if he cannot fix the issues at hand, but each day he stays is a reminder to employees of the years of malfeasance that was allowed to thrive under his watch. One can only imagine that something eventually will have to give.

Since the story broke in July the ATVI’s share price has continued to decline, dropping 23.2% in the past 3 months alone. On Monday, reports indicate that due to the fallout of recent controversies, the latest update to the Call of Duty franchise will not be as scheduled along with delays for the rest of ATVI’s roster, potentially further impacting the bottom line of the company. It seems pretty clear now that CEO Bobby Kotick will most likely leave, either by his own accord or involuntarily. The company is under mounting pressure to find answers quickly. Decades of poor behavior cannot be changed overnight, just as workplaces do not become toxic overnight. Restoring some semblance of inclusiveness and equity to a workplace like Activision-Blizzard’s will require meaningful action and commitment going forward.

The market is increasingly rewarding companies for their climate and sustainability commitments. But do these commitments matter? How can you track them? And what do the regulators think? Watch our interactive webinar where we answered these questions in real-time using our industry-leading ESG platform to demo our Modern Materiality approach. Modern Materiality allows investors to quickly and precisely analyze the multitude of document disclosures that strike at the heart of what companies are specifically doing about ESG commitments, investments, milestones, and exposures.