Human Capital events are back in the spotlight this week as unionization efforts continue to reverberate across several industries. Now, the movement is permeating other industries like Tech and Banking with Microsoft drawing particular attention for taking the alternate approach of its peers by committing to engage with employee unions. 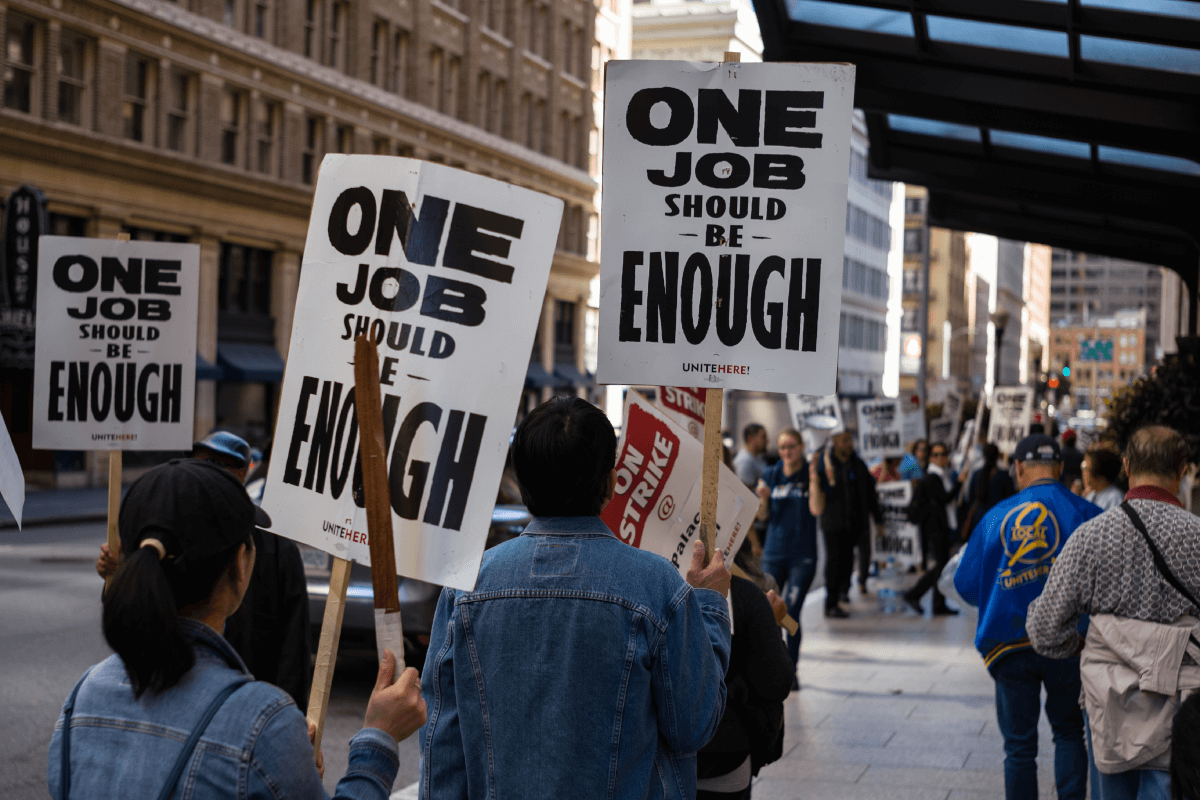 It is unclear how, exactly, unions have come back into the national spotlight with such fervor over the past year. Perhaps, it is by way of workers emerging from the pandemic with a renewed sense of importance. Maybe, it is due to inflation and the pro-union administration, or it could be a combination of factors. However, it is clear that it has become harder and harder for the working American to earn a decent living for themselves and their families, and this shows in the increased unionization efforts making headlines.

In our 2022 projections, our ESG Safeguard platform identified that Unions and Human Capital would impact 2022 profoundly. Over the past year, we have seen American organized labor rally in a way that has been as productive for workers as it has been contentious for employers. These labor movements resulted in victories for workers in the John Deere (DE) and Kellogg (K) strikes of late 2021. Labor issues have put CEOs like Elon Musk under a microscope, and were part of Tesla’s (TSLA) removal from the S&P 500 ESG index. Now companies are being forced to make tough decisions as union efforts gain momentum and credibility in the public eye.

Lines are forming along pro-union and anti-union factions. This is clear in the case of Starbucks (SBUX) where all out conflict between hourly workers and corporate employees have erupted into an ugly and very public spectacle highlighting economic stratification that exists in America. From surveillance and harassment to outright terminations of jobs, people’s livelihoods are at stake. Yet, for all the intimidation and rhetoric by Starbucks, the union movement continues to gain traction. There are clear reasons that workers are finally organizing and standing up for themselves as the pandemic wanes. Once lauded as “essential workers” in the most dire days of the pandemic, these same people feel their contributions have been taken for granted.

Starbucks continues to make waves along anti-union lines with workers in Denver, alleging unlawful firings and surveillance this week. In Atlanta Starbucks voted 10-1 to unionize. In the past 6 months over 100 locations in America have voted to unionize. The leader behind Starbucks' anti-union charge has been Howard Schulz, the interim CEO of Starbucks. The company is looking for new leadership, but has confirmed that Schulz will remain at the helm until Q1 of 2023, potentially drawing out the anti-union fervor from Starbucks leadership. Starbucks shares are down 12% in the past 3 months as earnings have deteriorated the past two quarters. With more substitutes on the market, the company continues to risk eroding its brand reputation as we mentioned in our March ESG Spotlight.

Meanwhile, other companies are applying different tactics to engage with workers when it comes to unionizing.

Microsoft (MSFT) is taking a different approach from other companies when it comes to unionizing employees, stating that it will engage with employee unions. This comes in the wake of news that Microsoft may be acquiring the embattled software company Activision Blizzard (ATVI). Activision found itself at the center of a public relations nightmare last summer where it was accused of a litany of offenses surrounding workplace discrimination and harassment. In the ensuing fallout and calls for CEO Bobby Kotick to resign, several companies emerged as buyout candidates, including Microsoft.

One of Activision’s subsidiaries also made moves to unionize, forcing questions on Microsoft of how they would treat employees moving to unionize. This week Microsoft said they would engage with employees in supporting these moves.

Some companies have been trying to get ahead of or deflect union sentiment by proactively raising wages and benefits.

Unionization efforts are here to stay. Despite the best efforts by companies to quash organization movements, there are laws in place that the National Labor Relations Bureau monitors and actively upholds. More workers than ever before are questioning what they are worth, what they are willing to tolerate, and what they expect as fair and equal treatment by their employers.

The question now lies squarely with companies, how will they treat their employees when they have this crucial conversation? Will they open a constructive dialogue to improve the employer-employee relationship, or will they opt for a toxic pattern of polarizing rhetoric and destructive behavior? The pattern we are seeing points towards most major industries and companies in the near future having to make a decision on how to engage, and it is up to leadership to choose how they will react.

Register today to access this webinar and learn how Dun & Bradstreet improved their ESG and sustainability strategies by leveraging Amenity’s real-time ESG data, going from to solution in just a few months. A common challenge facing companies and investors revolves around drawing effective ESG insights from not only first-party data, but also when they add alternative data sources. RSVP