The electric vehicle market is booming. In this ESG spotlight we focus on Airlines since the replacement of the internal combustion engine won’t just affect the automobile space. Throughout 2020 most of the ESG focus in Airlines has surrounded negative human capital and social themes. However, certain firms in the sector are starting to get onboard with the environmental paradigm shift. 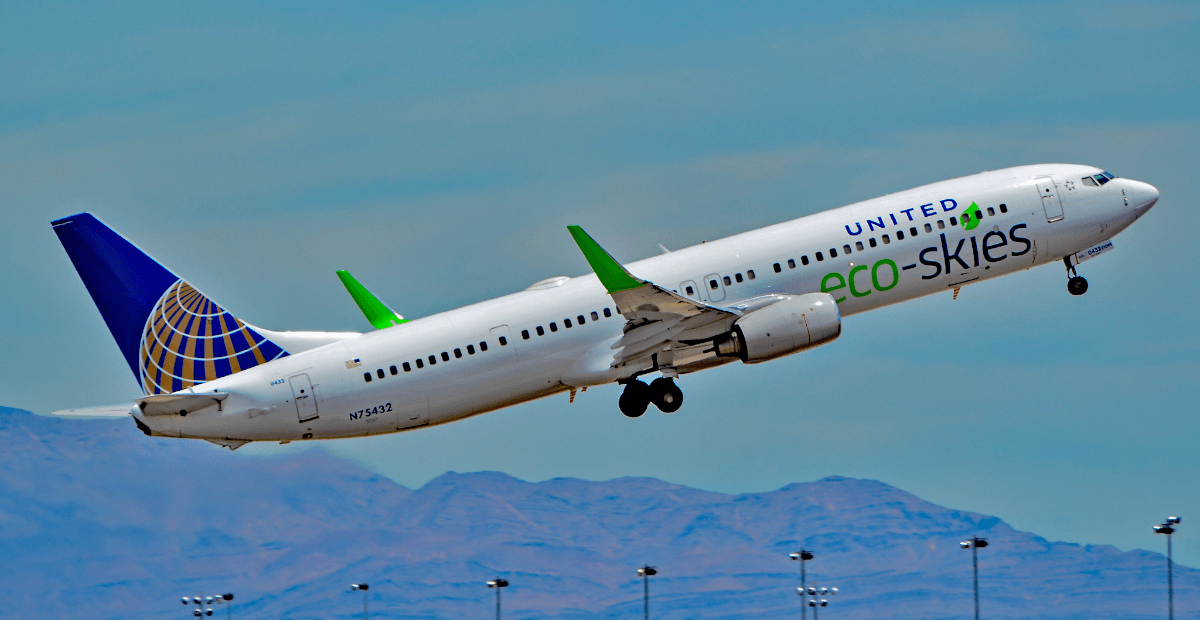 As the rise of electric vehicles starts to replace the internal combustion engine, Airlines are examining how they can lessen their carbon footprint, and set up the industry in a more sustainable way. We take a closer look at what stood out in the sector with our ESG Safeguard platform.

This week, United Airlines(UAL) made headlines for furthering their sustainability goals. In order to meet their goal of zero emissions by 2050, they aim to ramp up investments in technologies that will reduce emissions and remove carbon from the atmosphere. This type of technology is gaining traction. Just last month, Elon Musk announced he would commit $100 million in prize money for the development of the best carbon capture technology. In the short term use of biofuels have been effective at reducing emissions for airlines, while long term ideas involve the use of hydrogen fuel created through renewable energy like wind and solar.

United Stands Out on Sustainability

Late in 2020, numerous airlines committed to carbon neutrality by 2050 including United Airlines, SAS and Japan Airlines, while Finnair aims for 2045. Particularly, United Airlines is already making progress on their sustainability efforts. The company is not new to pushing the boundaries of sustainability in air travel, and has been using biofuels regularly since 2016 according to the Wall Street Journal. In December, the airline made a multimillion dollar investment in 1PointFive Inc., a company that specializes in direct air carbon capture technology. This week, United invested in electric vertical aircraft startup Archer through a SPAC merger with Atlas Crest Investment Corp. The California startup is raising $1.1 billion and will unveil a prototype later this year. United Airlines has placed an order for 200 of these vehicles with an option to buy more.

Other Airlines, Not Far Behind

As far as competitors in the space go, Delta made the first commitment of an airline to go carbon neutral in early 2020, but with the onset of the pandemic there has been little news, if any, on progress towards this goal as headlines have been dominated by furloughs. In December Hawaiian Airlines(HA) outlined their initiatives in a sustainability report to reduce GHG emissions and improve efficiency. In November another major carrier JetBlue took steps to reduce their impact by becoming the first airline to join the Aviation Carbon Exchange. It would appear that most airlines are still reeling from the economic downturn that the pandemic has caused, but some airlines are finding ways to make steps towards building a cleaner future.

While the primary focus today has been on the airlines, we would be remiss to ignore some of the developments in the electric vehicle market that surfaced during our analysis. Nissan (NSANY) has partnered with local governments in Japan to incorporate renewable energy and electric vehicles into public transportation hubs. Nissan is also working with the Arbor Day Foundation to plant 20,000 trees in Europe to celebrate 10 years of the Nissan LEAF. The flagship EV first hit the market in 2011.

In the United States the largest US automaker, GM, announced late last month that they would be offering all zero-emissions vehicles by 2035, capping this commitment with a blockbuster commercial on Super Bowl Sunday. This news follows up from our Q4 article on GM’s increased investments in EV production.

Although experiencing some negative headlines around recent recalls Tesla did add 20,000 jobs in 2020 at a time when jobs have been hard to come by. The EV manufacturer is showing that renewables and clean transportation are indeed viable options towards bolstering a floundering jobs market. With factories opening in Berlin and Texas it is likely that Tesla will continue to add to its headcount.

By now it's clear that no one technology or industry will address climate change in a meaningful way. A combination of strategies both short and long term will be needed to mitigate climate risk and push operational efficiency. This is especially important for the airline industry who has been hit hardest by the pandemic. Companies like United Airlines who are positioning themselves for a more sustainable future now, will be better equipped to scale and operate when those technologies are further developed.